Located at 416 Main St., there was living space above the liquor store, which was located across from the Franklin Theatre.  “We made four rescues – two out front and two out back,” said Retired Battalion Chief Gentry Fox.  Fox said store owner Mr. Redmond was one of the people who was rescued but he suffered serious burns. 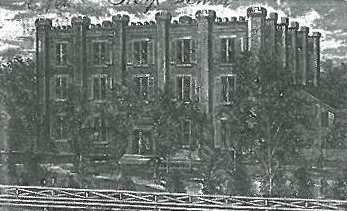 The Tennessee Female College, situated on South Margin St. between 4th and 5th Avenues, suffered one of the costliest fires in Franklin during the 19th century.  The building was valued at $10,000 and the contents were valued at $4,500.  The school was rebuilt and reopened in 1887.  The new building had three-stories and a five-story tower.  It was torn down in 1916.