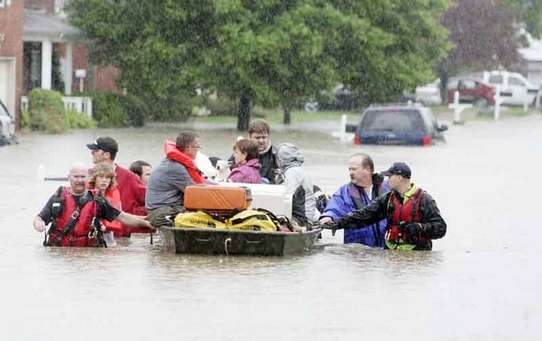 Record rainfall on May 1st and 2nd, 2010 (14.8 inches recorded at the City's Wastewater Plant) resulted in historic flooding that displaced hundreds of residents and caused an estimated $16.5 million in damage to 440 structures.

In a 48-hour period, Franklin Firefighters rescued 398 people in Franklin and Williamson County. Half of those rescued were located in the Fieldstone Farms subdivision.

Photo courtesy of The Tennessean. 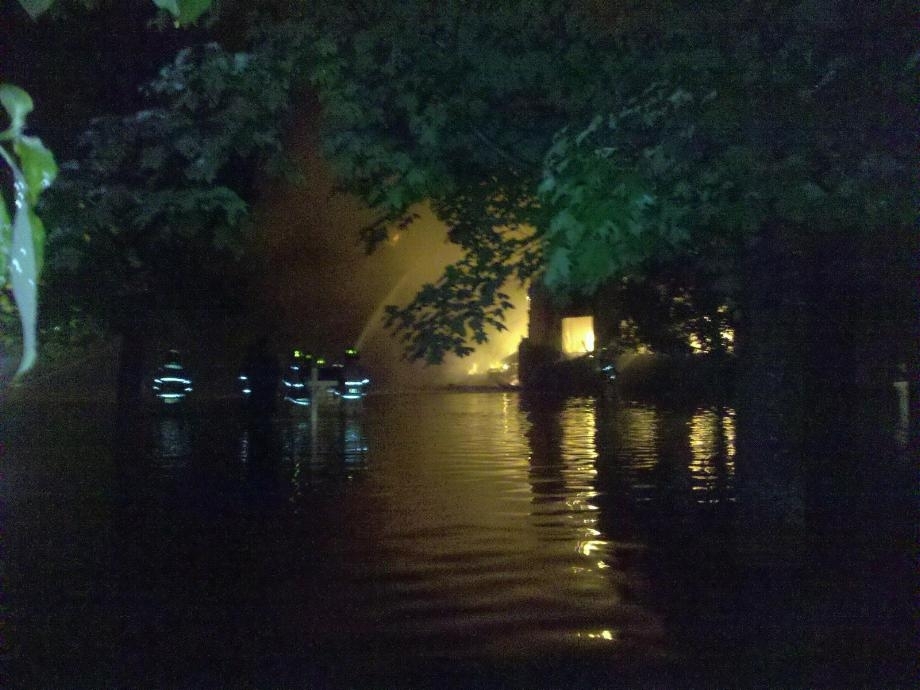 An early morning explosion in a flooded Fieldstone Farms home on Burlington Pass sent flames and debris shooting in all directions. The fire quickly spread to the adjacent home. Firefighters fought the side-by-side blazes in waist-deep water. Fortunately the occupants at both residences had previously evacuated and no one was injured.

“Franklin’s great fire” burned at least 14 buildings, including several residences and businesses.  The fire was “…one of the most fearful in our history,” causing more than $18,000 in damage.  Less than a quarter of those losses were covered by insurance.  Among the noted losses was $1,500 worth of broomcorn (a type of sorghum used to make brooms).  Among the noted saves were broom handles and a goose.  “Of course amid such alarming scenes many smart things were done.  Mr. Henry Cheairs took Mack Craig’s goose and carried it into Perkins & Hughes ware room and locked it up, as he said ‘To have a roast next Christmas.’”  - Review and Journal 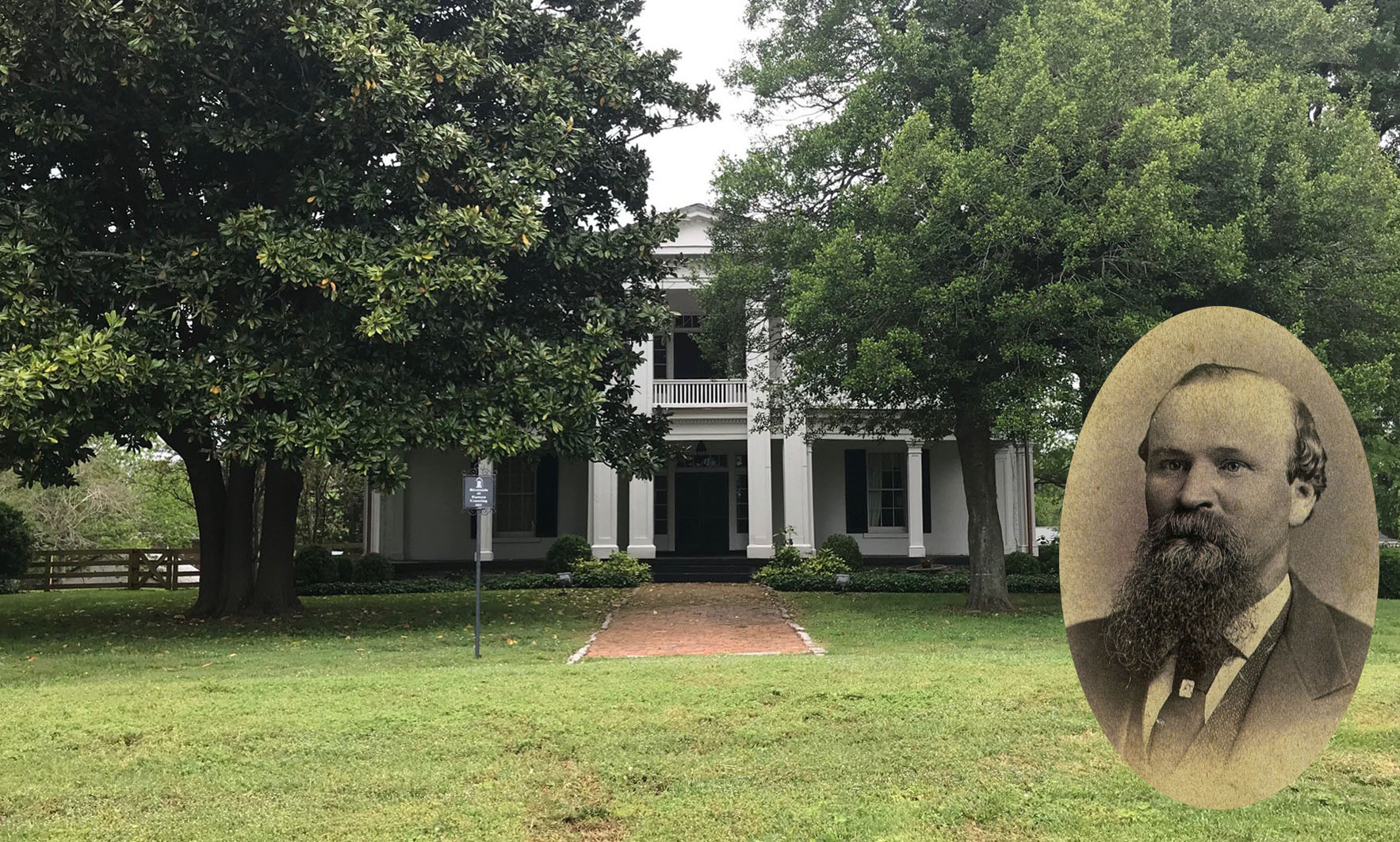 Located at the Riverside Farm in present day Forrest Crossing, it killed six animals, including the celebrated thoroughbred stallion Rhadamanthus, valued at $15,000.

The uninsured loss was valued at more than $40,000, the equivalent of more than $1 million today. 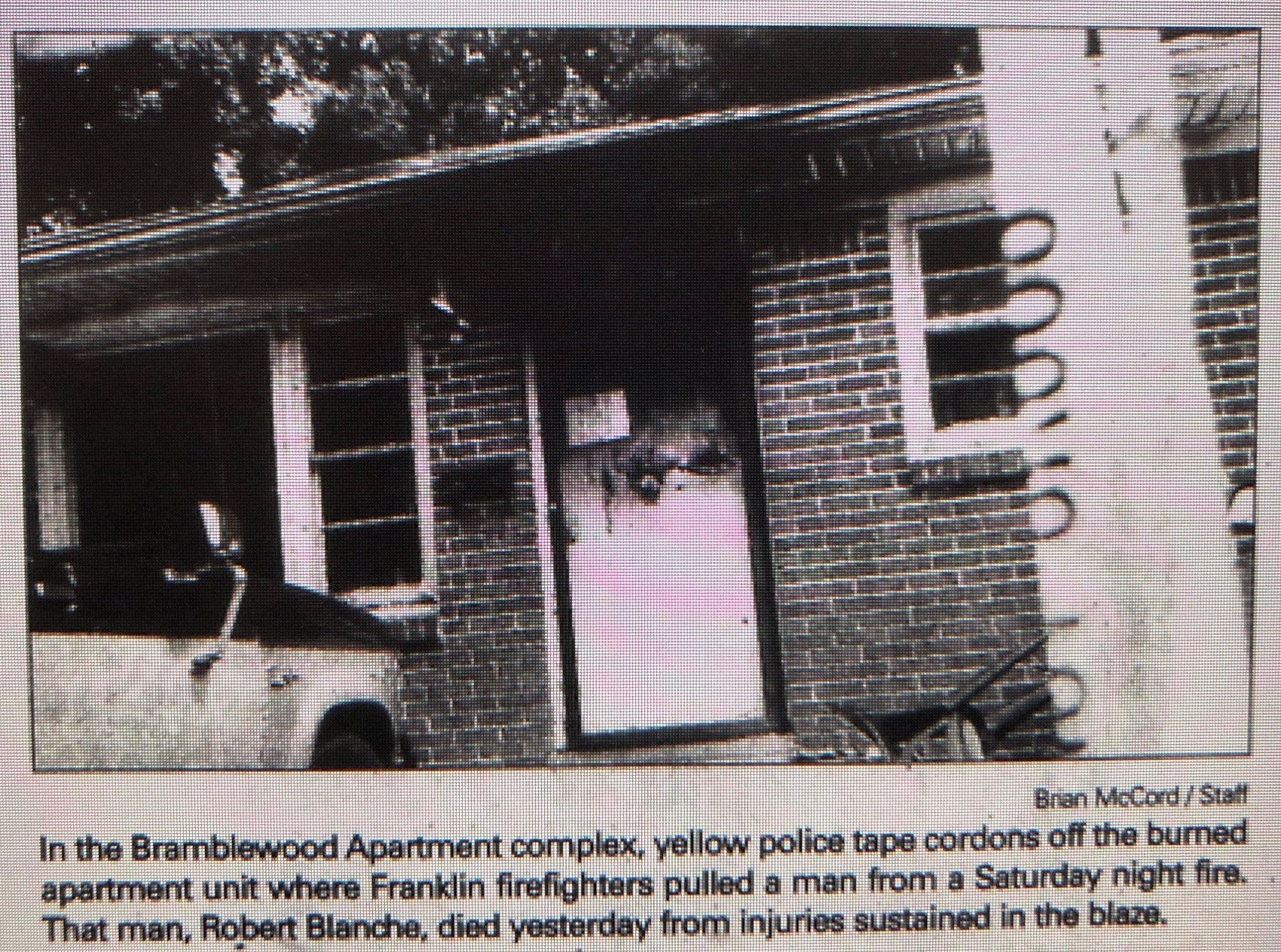 an apartment fire, but unfortunately, he passed away days later from his injuries.
The incident occurred at the Bramblewood apartment complex at 1435 Columbia Ave., which today is the site of the General's Retreat condos.
The fire was discovered just before 11 PM by a police officer who was working at another incident in the complex.
Robert Blanche was rescued by then Lt. David Currie (now a captain), Lt. Terry Hood (retired, now Spring Hill Fire Chief), and Firefighters Tyler Crews (now a captain) and David Edge (now an engineer).
A woman and child who were also in the apartment escaped unharmed. The cause of the fire was never determined.
Photo/newspaper credit - Brian McCord, Williamson County Review Appeal, Franklin, TN, June 2, 2004.

Keesha Washington, a 36-year old Franklin woman, was convicted of aggravated arson and sentenced to 18 years in prison without parole for intentionally setting her occupied apartment building on fire and causing around $27,000 in damage.  The fire, which was set in multiple areas of Washington’s apartment, endangered the lives of six people in adjacent apartments.  The prosecution contended that Washington set the fire in an attempt to collect insurance money.  (Washington was convicted by a jury in May 2010 and sentenced by Williamson County Circuit Court Judge Timothy Easter in September 2010.)