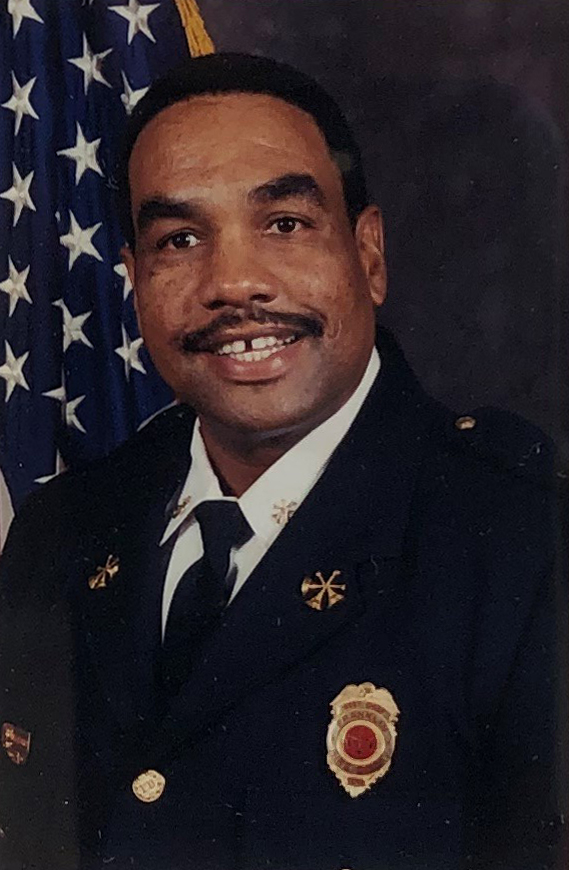 A Franklin native, Chief Fitzgerald was born in 1950, the fifth of six children.  He was raised on Church Street in downtown Franklin in a home beside the city’s garage at the time, which was located at the corner of Church and 1st.

Upon graduation he was hired by Vanderbilt University as a maintenance worker. 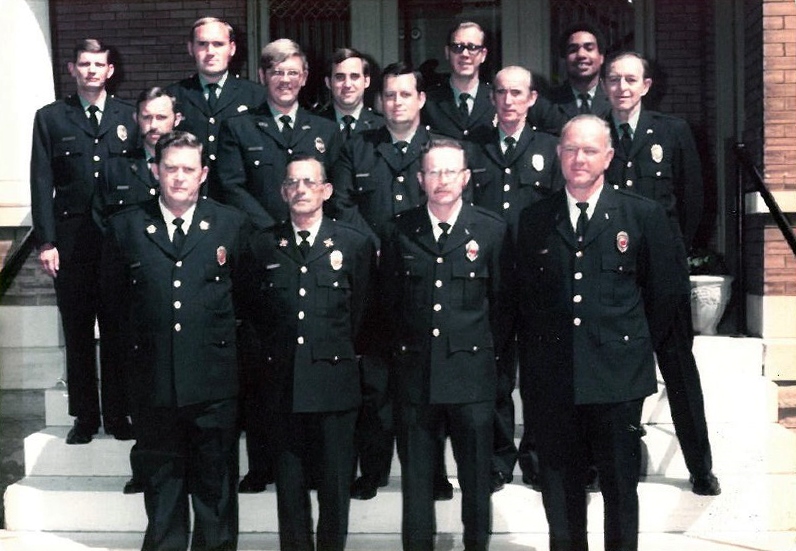 Chief Fitzgerald said he went to Fire Chief Johnny Smith’s house on a Sunday afternoon and told him he wanted the job.  Chief Smith agreed to hire him, and he started two weeks later on April 1, 1972.

Chief Fitzgerald rose through the ranks, serving in nearly every position including Interim Fire Chief prior to Fire Chief Rocky Garzarek’s appointment in 2004.

Chief Fitzgerald retired in 2006 at the rank of Assistant Chief and B-Shift Commander.  Chief Fitzgerald served the citizens of Franklin and the Franklin Fire Department faithfully for 34 years. 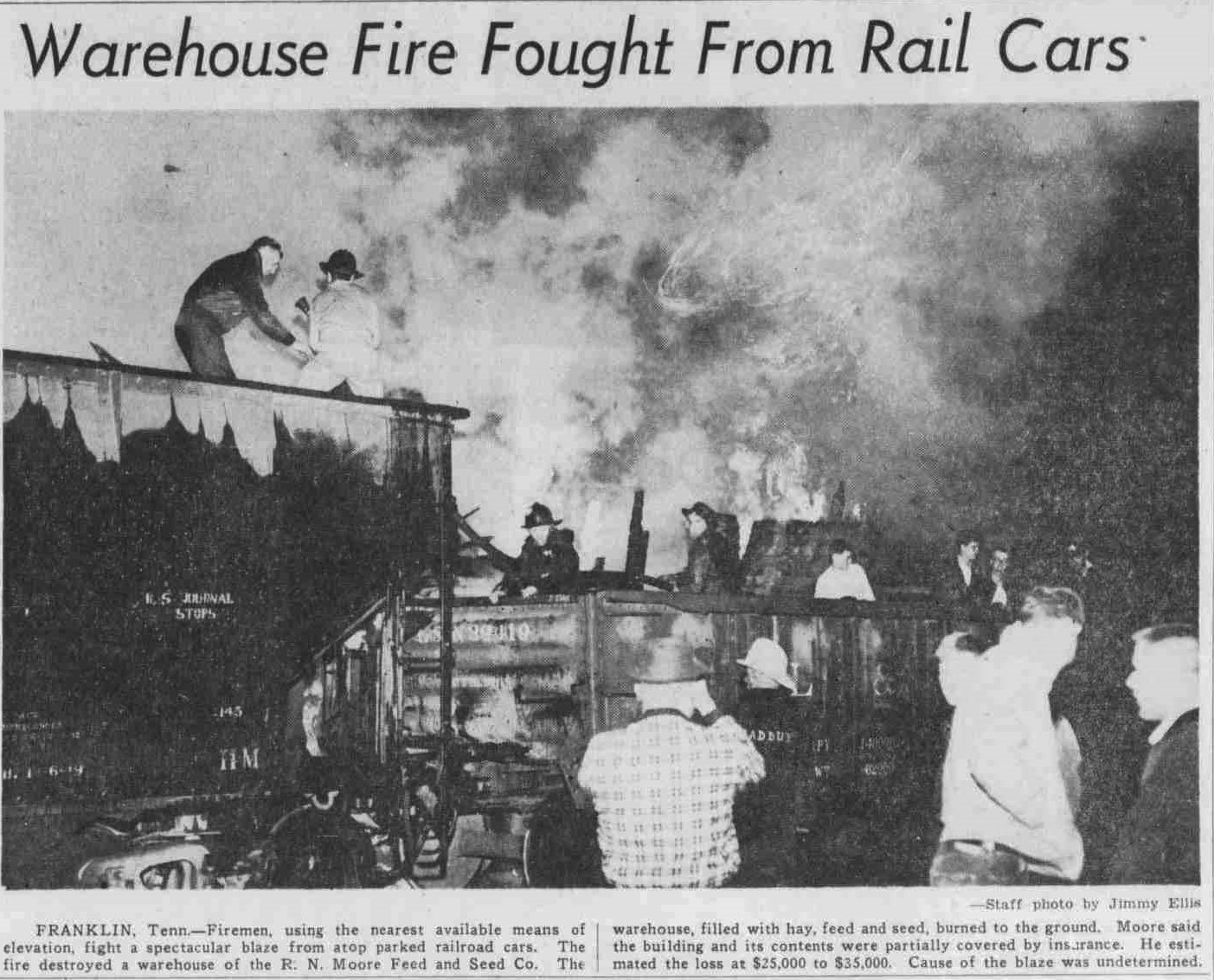 According to the Review-Appeal (February 7, 1963), “A spectacular fire, visible for miles from Franklin, destroyed a warehouse owned by R.N. Moore and located on the east side of the railroad tracks at the end of First Avenue.”  The facility was filled with hay, feed and seed, and firefighters fought the fire from rail cars.  The article went on to say that “From 1925-1935, the warehouse served as the worldwide center for shipping Tennessee German millet.  The Franklin area at that time was the millet-growing capitol of the world and more was shipped from that warehouse than from any other.” 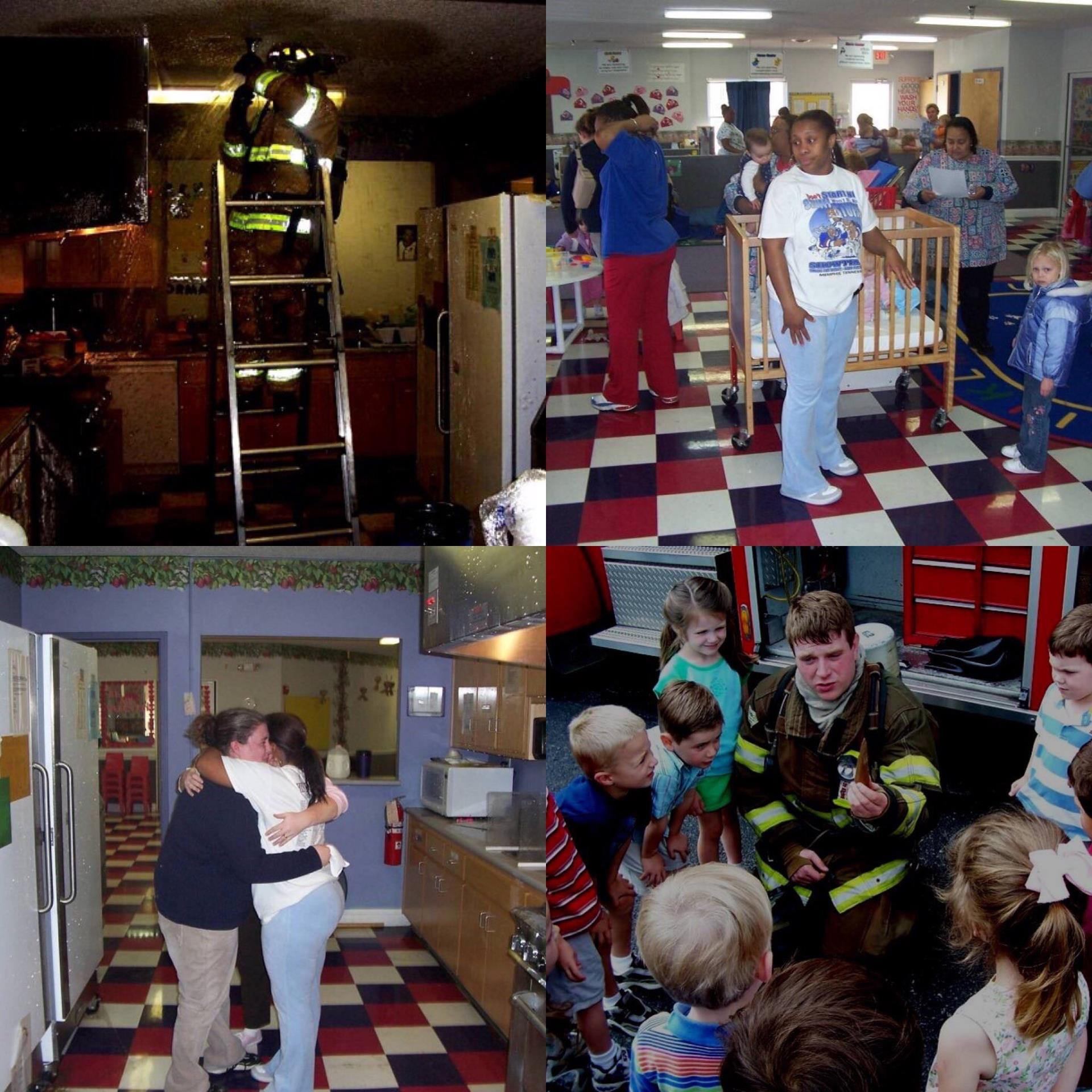 A kitchen fire at a fully-occupied daycare was extinguished by the automatic fire sprinkler system, protecting the 92 children and staff, limiting property damage, and preventing interruption of business and care.  The building, which then was known as Legacy Academy, continues to serve our community today as a daycare.

The business owner told Franklin Fire Marshal Andy King that she had unsuccessfully fought the requirement to equip the building with automatic fire sprinklers at the time it was built but was so grateful they were there in their time of need. 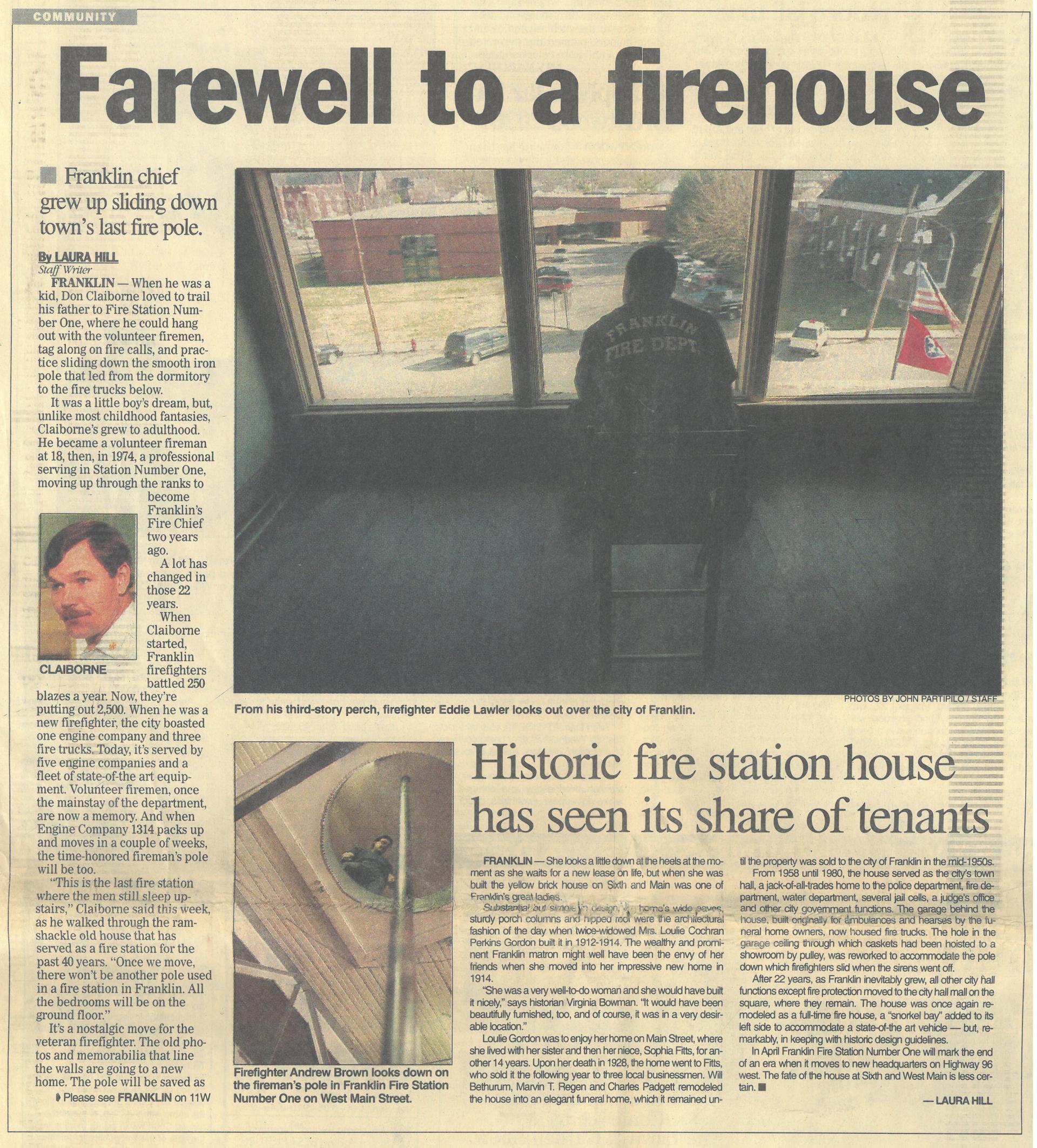 “Farewell to a firehouse” was published in The Tennessean’s Williamson A.M.  The three-article tribute written by Laura Hill highlighted Franklin’s historic fire station at 604 West Main Street which was closing (and being sold) due to new Station 1 being built at 500 New Highway 96 West to replace it.  It also highlighted the station's fire pole, a feature which was being discontinued in Franklin fire stations.

Before being purchased by the city, 604 West Main Street was an upscale private residence and then a funeral home with a garage addition behind the house for ambulances and hearses.  According to Hill, “The hole in the garage ceiling through which caskets had been hoisted to a showroom by pulley was reworked to accommodate the (fire) pole…” 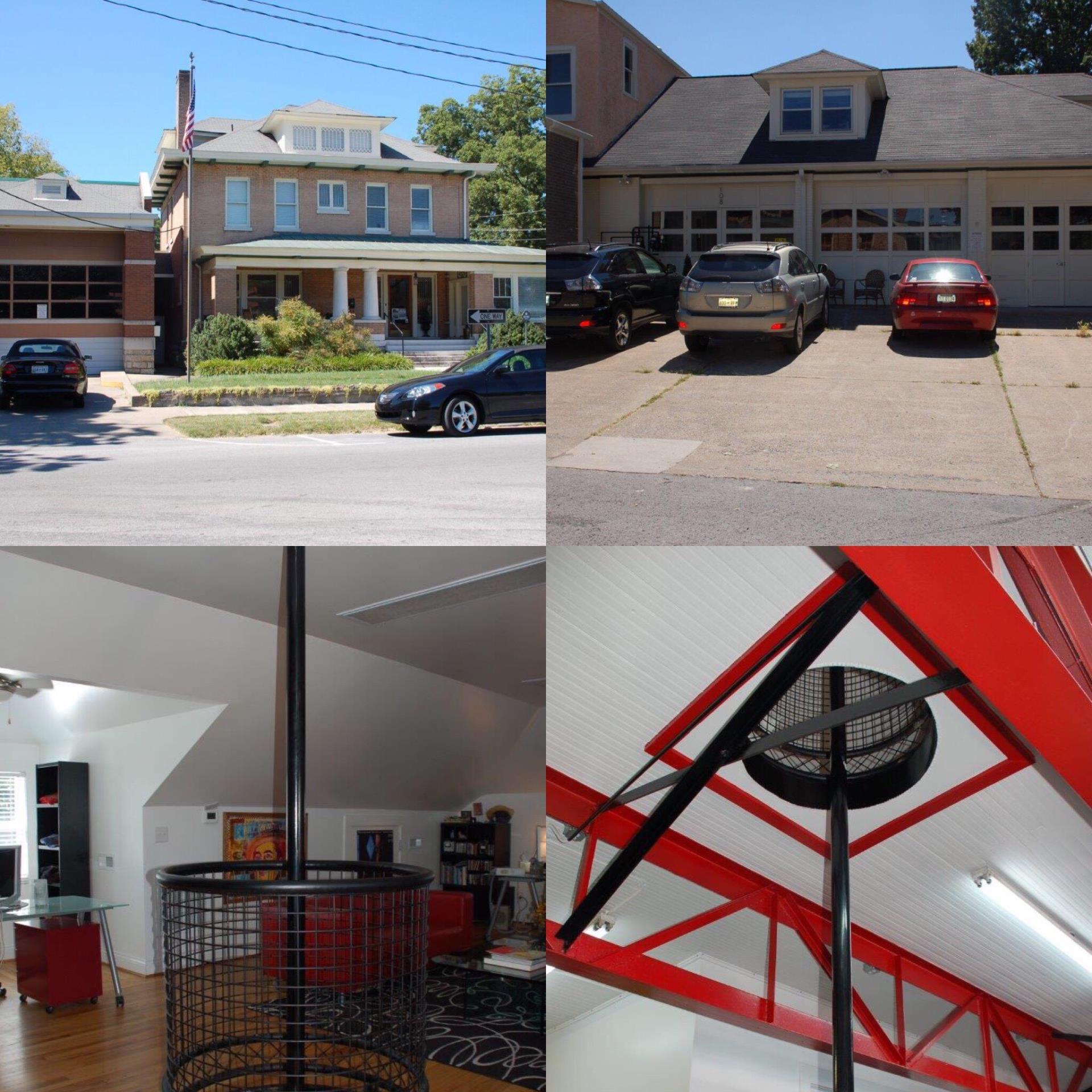 There had been a fire pole in Franklin’s previous fire station at 234 Public Square, which served as the fire station from 1892-1958.  By 1998 fire poles were being phased out nationwide due to safety hazards.