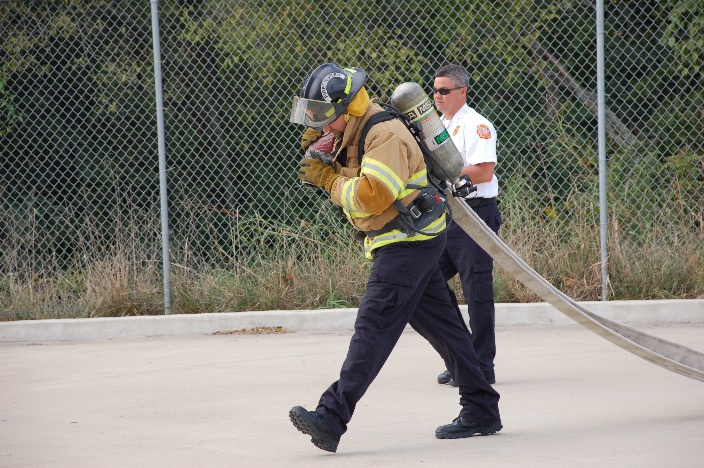 When the fire officer tells you to go, reach down, pick up the hose, and drag it 75 feet. Drop the hose and immediately proceed to TASK 2.

Lift the 2 ½ inch folded hose onto your shoulder. Carry it to the base of the stairs, then up the stairs to a platform at the top. Drop the hose onto the floor where indicated and immediately proceed to TASK 3. 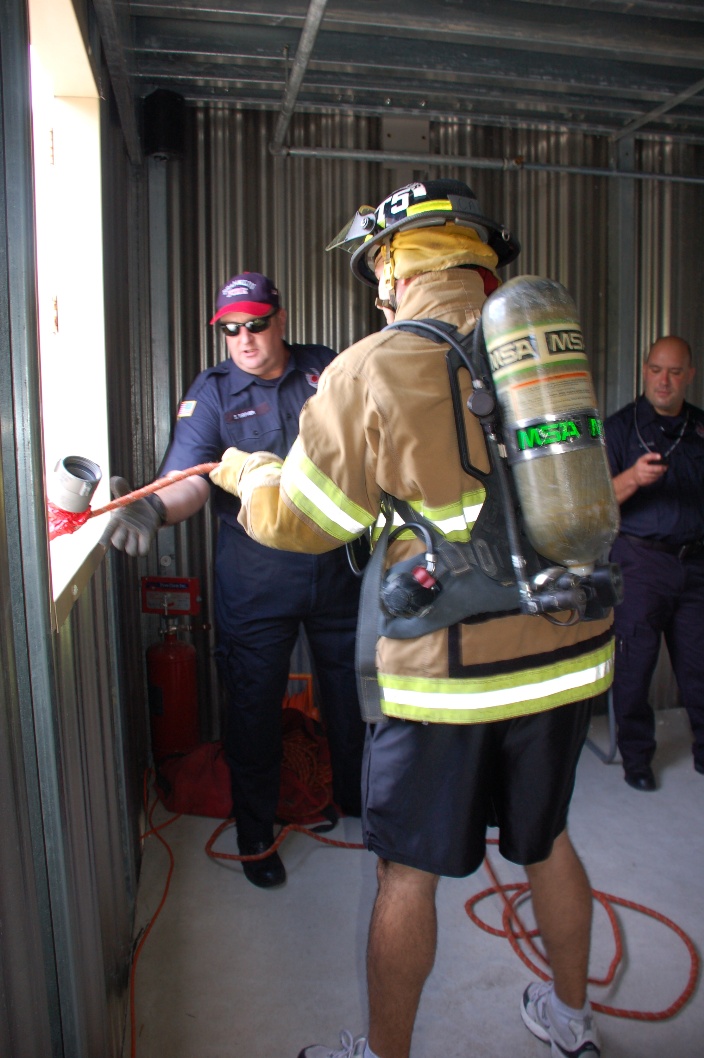 Standing in front of a window, grasp the rope that is attached to a hose on the ground below. Using the rope, pull the hose until it reaches the window. When the hose coupling (metal connection) reaches the window, a fire officer will indicate that you have completed TASK 3. A 100-second timer will now be activated.

Immediately start the 100-second walk by descending the stairs and following the marked route to the 4 ½-foot wall.  If you arrive at the 4 ½-foot wall before 100-seconds have elapsed, you will have to wait to begin TASK 5 until the 100 seconds expire.

When the 100 seconds are up, and the fire officer says go, you will approach and scale the 4 ½ foot wall. Immediately proceed to TASK 6. 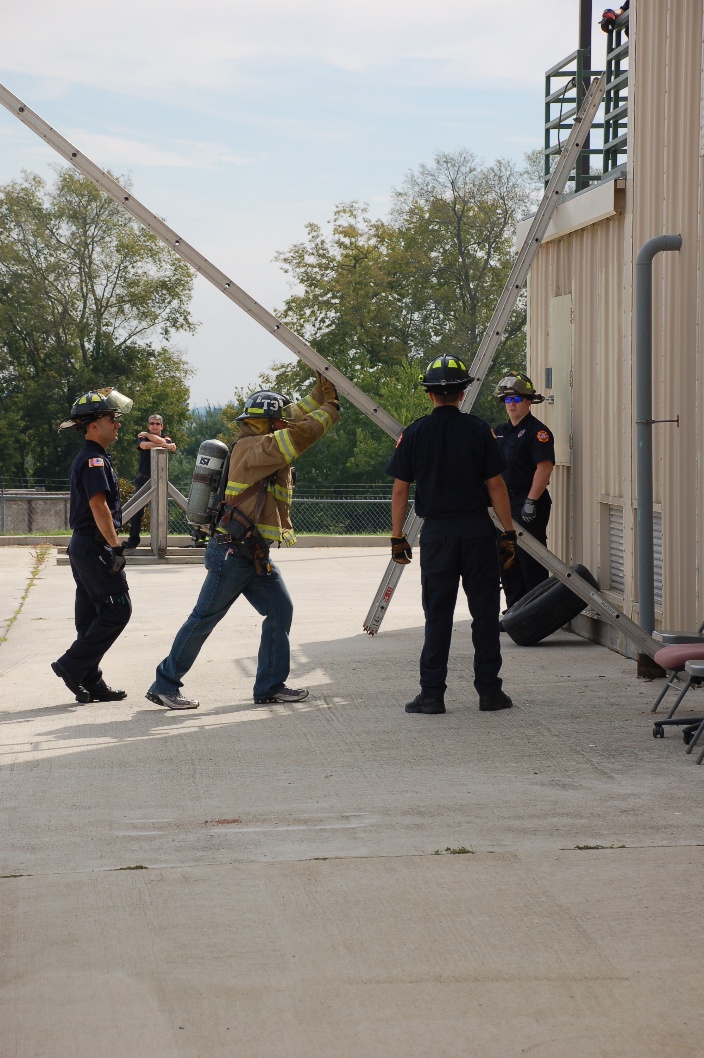 Raise a ladder from its horizontal position on the ground to a vertical position. Leave the ladder in this position and proceed immediately to TASK 7. 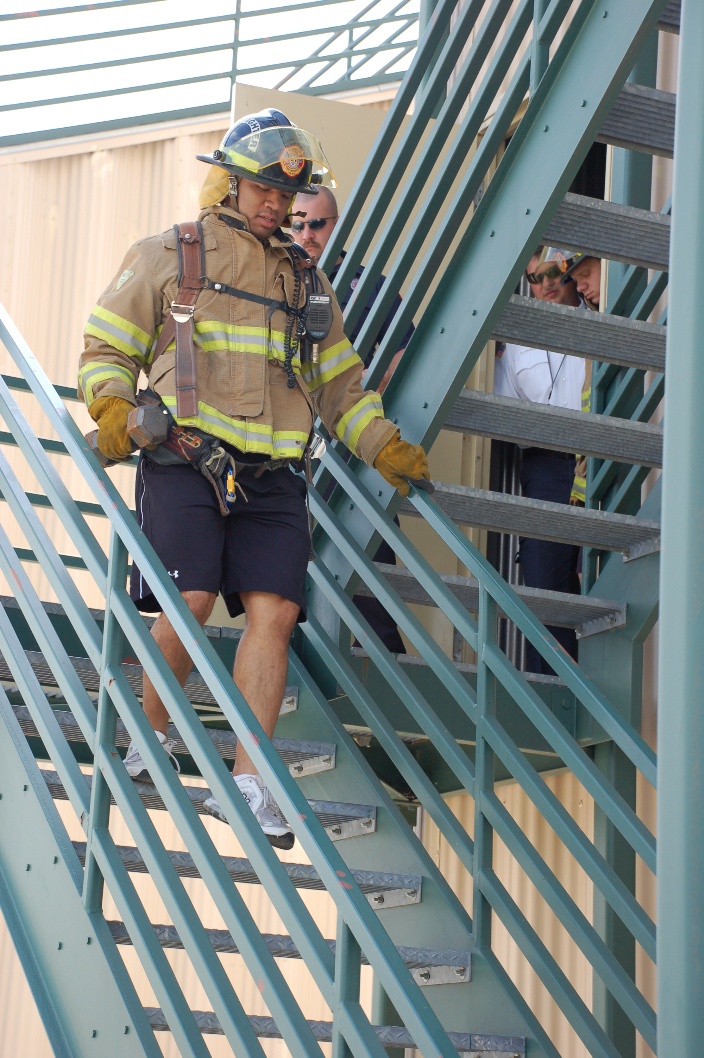 TASK 8: STAIR CLIMB AND DESCENT WHILE CARRYING A 15-POUND WEIGHT

To use the FORCE Machine, straddle the I-beam by standing on the foot walks and strike the I-beam using the dead-blow sledgehammer. The I-beam is weighted to 158 pounds. Drive the I-beam with overhand swings the entire length of the track.  Proceed to TASKS 10 and 11 which together comprise the RESCUE SIMULATION.

Drop down to enter a U-shaped tunnel at whichever opening you choose and crawl through it, coming out the other end.  Upon completion of the tunnel crawl, immediately proceed to TASK 11. 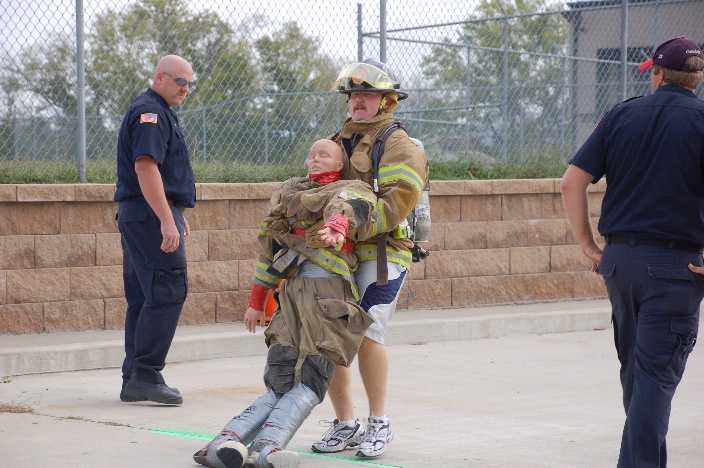