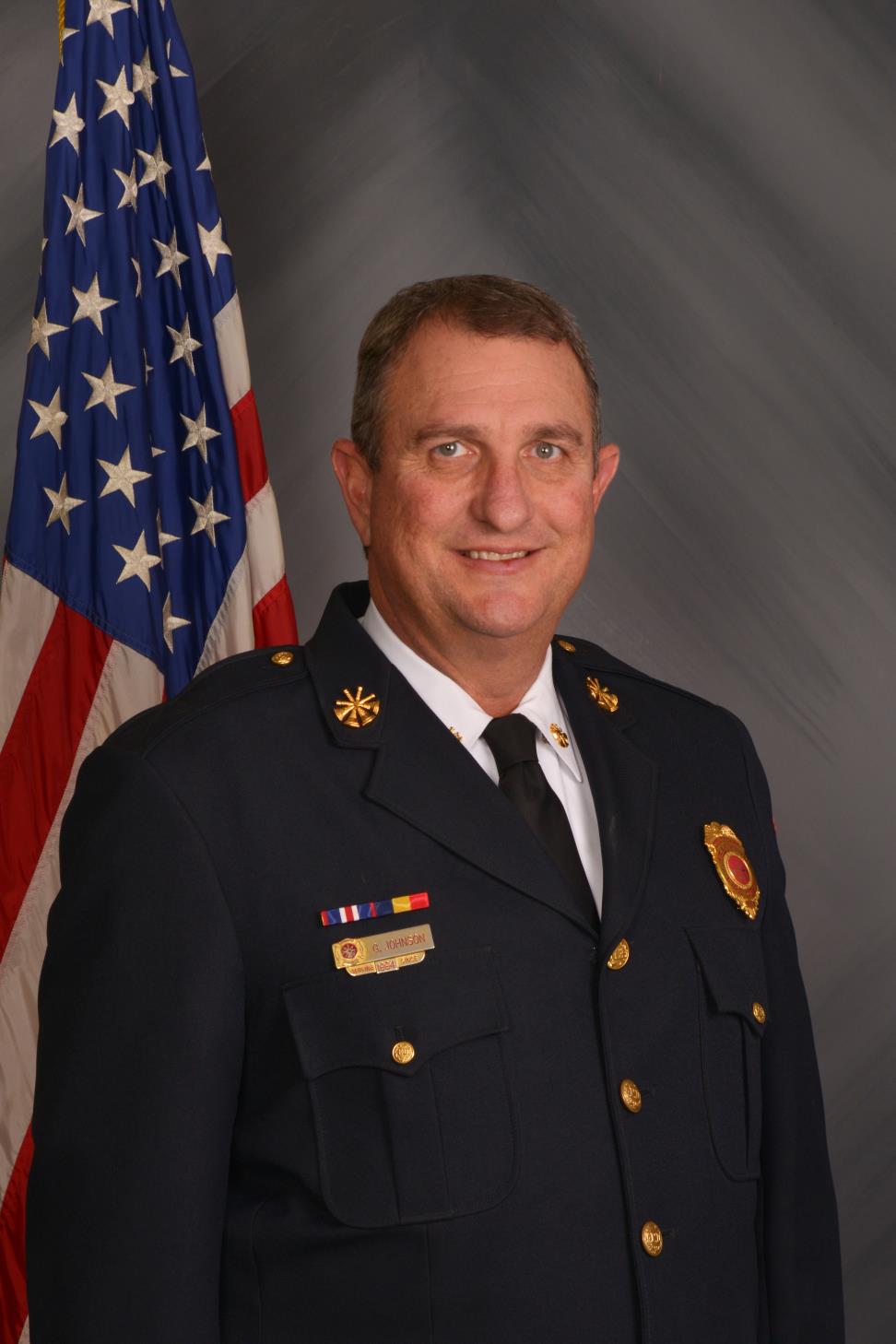 A 26-year veteran of the department, Chief Johnson was previously second in command of the organization, serving as Assistant Fire Chief of the Operations Division.  As commander of the Operations Division since 2014, he was responsible for the daily operations of more than 150 firefighters at eight stations, overseeing fire suppression, rescue operations, hazardous materials response, emergency medical services, training, and more.

As Interim Fire Chief, all three divisions of the Franklin Fire Department including Operations, Fire Prevention, and Administration report to him.

Chief Johnson is a Desert Storm veteran who began his firefighting career in 1990 while serving in the U.S. Air Force.  Originally from Centerville, TN, he was hired by the Franklin Fire Department in 1994.  He worked his way through the ranks, being promoted from firefighter to lieutenant, captain, Battalion Chief of Training, Deputy Chief, and most recently Assistant Fire Chief.

Chief Johnson has chaired Tennessee’s Homeland Security District 5 Team since 2009, which is comprised of emergency responders from seven Middle Tennessee counties, including Metro Nashville and Davidson County, who deploy nationwide to critical incidents.  Additionally, he has been deployed as a member of the Middle Tennessee Incident Management Team to numerous hurricanes, the 2016 Gatlinburg wildfires, and other incidents.  With his expertise in these areas he was instrumental in helping the City of Franklin to achieve National Incident Management System compliance.

Among other honors and accomplishments, in 2018 Chief Johnson received the Tennessee Department of Safety & Homeland Security's First Responder Award, which is presented to emergency responders for outstanding and heroic actions while serving the people of Tennessee.

Additionally, from the Franklin Fire Department he earned a Meritorious Service Award during the May 2010 flood, a Phoenix Award for saving the life of a patient in cardiac arrest in 2019, an Exemplary Service Award for saving the life of a choking patient in 2019, multiple Fire Chief's Awards for deployments, and was Officer of the Year in 2006.  He was honored with the Hope Award in 2008 by the Full Life Assembly of God, which is presented to outstanding inspirational emergency responders.

He and his wife Ondrea, Director of Williamson County Animal Center, have five children and reside in Franklin.