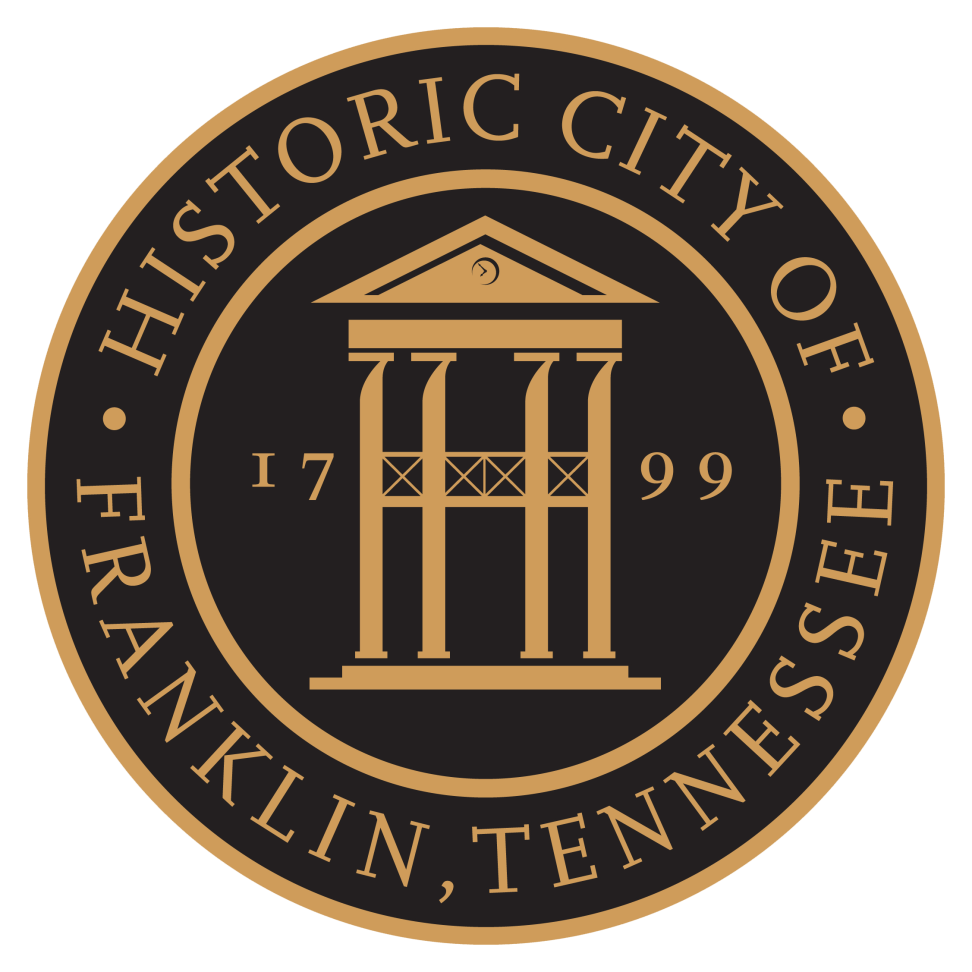 In 2009, the City of Franklin updated our historic logo and seal, giving all departments within the City a unified look and branding.  The new logo was taken from the Wayfinding signage program developed in 2008.  It depicts the original Williamson County Courthouse on the public square, one of the oldest buildings in downtown Franklin. The new logo will be used on all city letter head, business cards, seals, and vehicles. The cost will be minimal as it will be phased in over time as items are replaced and new signs are needed.
Former Alderman Dan Klatt
pictured with City Administrator Eric Stuckey at right designed the new logo at no charge to the city.

This original logo pictured to the right was designed in the early 1970’s by Will Berry son of C.D. Berry and the late Sue Berry. It was designed as a license plate to raise money for the Pioneer’s Corner Association.
View Full Site