Cause of House Fire and Explosion Under Investigation 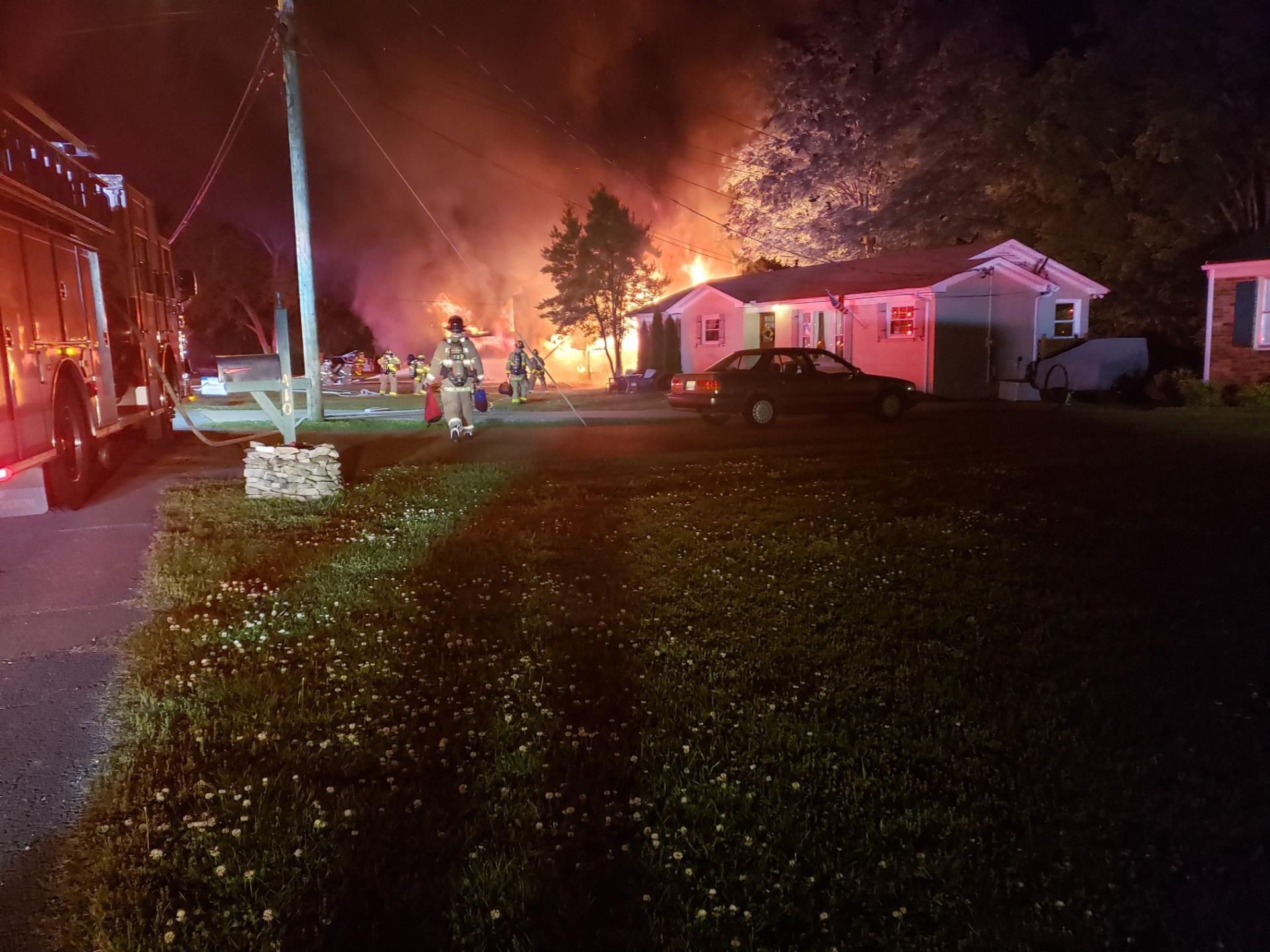 Franklin, TN – The Franklin Fire Department is investigating the cause of a house fire and explosion that occurred last night on Roberts Street.

Fire Marshal Andy King said the two occupants, a man and his adult son, narrowly escaped the home, which was not equipped with smoke alarms.

The man discovered the fire in the living room at the front of the house and crawled out through a side door.  His son was in a bedroom with the door closed.  When he opened the door to exit, he encountered heavy smoke.  He closed the door and climbed out a window to safety.  King said closing the door and acting quickly to exit through a secondary means saved his life.

Firefighters were dispatched to the single-story, single family home on Monday evening, May 18, 2020, at 9:11 PM.  They arrived in less than four minutes to find heavy fire and flames shooting from the windows.

Shortly after their arrival, an explosion at the rear of the structure, later determined to be a propane tank on the covered back porch, fully engulfed the home in flames.

King said the heat was so intense that it broke the windows in the adjacent home.

He estimated the damage at $200,000.  The American Red Cross is assisting the family.