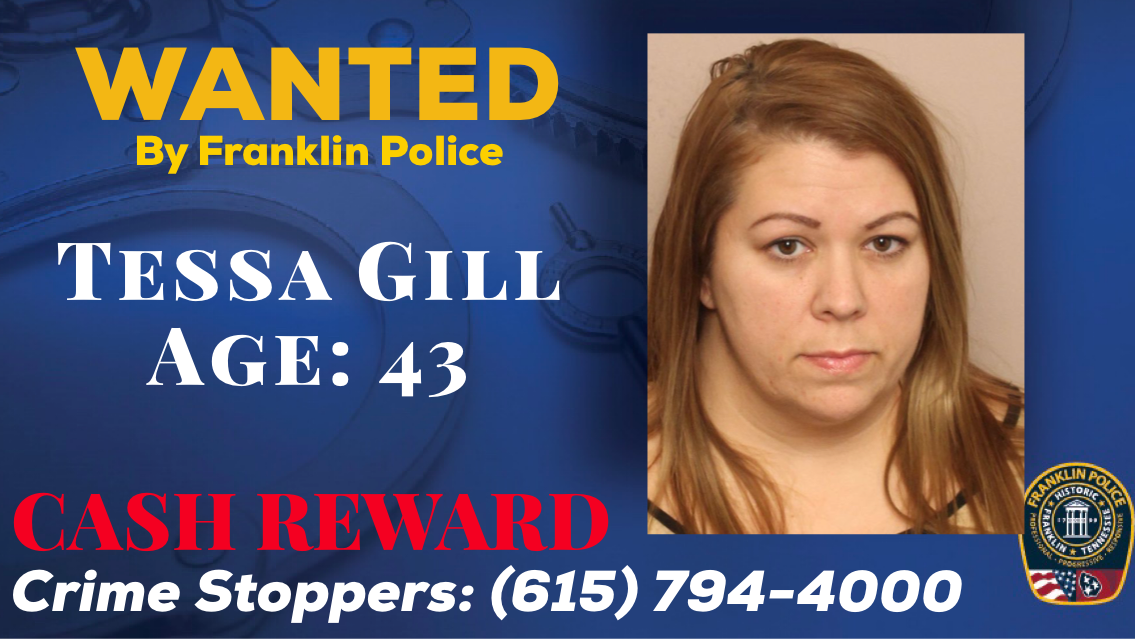 Franklin Police are offering a cash reward for information that leads to the arrest of two suspects wanted for fleeing after they stole more than $400 in groceries & merchandise from the Mallory Lane Kroger on January 13. Tessa Gill, 43, was identified as one of those suspects. Gill has last known addresses in Antioch and Hendersonville. The unidentified male in this video is also wanted.

Several motorists were endangered when the suspects evaded police on I-65 after officers spotted and attempted to pull them over following the theft. They remain at-large, today. Franklin Police and Crime Stoppers are offering a cash reward of up to $1,000 for information that leads to their arrests.