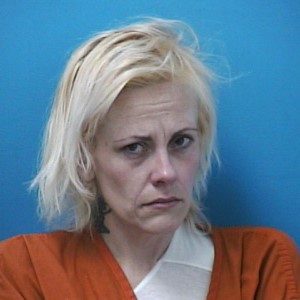 A West Virginia woman remains jailed following her arrest for stealing a car in Franklin, Monday.

At 7:00, Monday morning, Franklin Police were summoned to the Mallory Lane Walmart after a vehicle was stolen from the parking lot. Officers worked with store security to review surveillance video and determined that the suspect, later determined to be 32-year-old Kristen Kelley, of West Virginia, stole the car after finding a spare key in the unlocked auto. Kelley loaded items she had just shoplifted from Walmart into the car before driving away.

Officers found Kelley attempting to remove the stolen vehicle’s license plate at a nearby Culver’s restaurant.

Kelley remains jailed on a $110,000 bond. Charged with Auto Theft, Possession of Drug Paraphernalia, and Introduction of Contraband (drugs) into a Penal Institution, Kelley faces a judge on January 16.