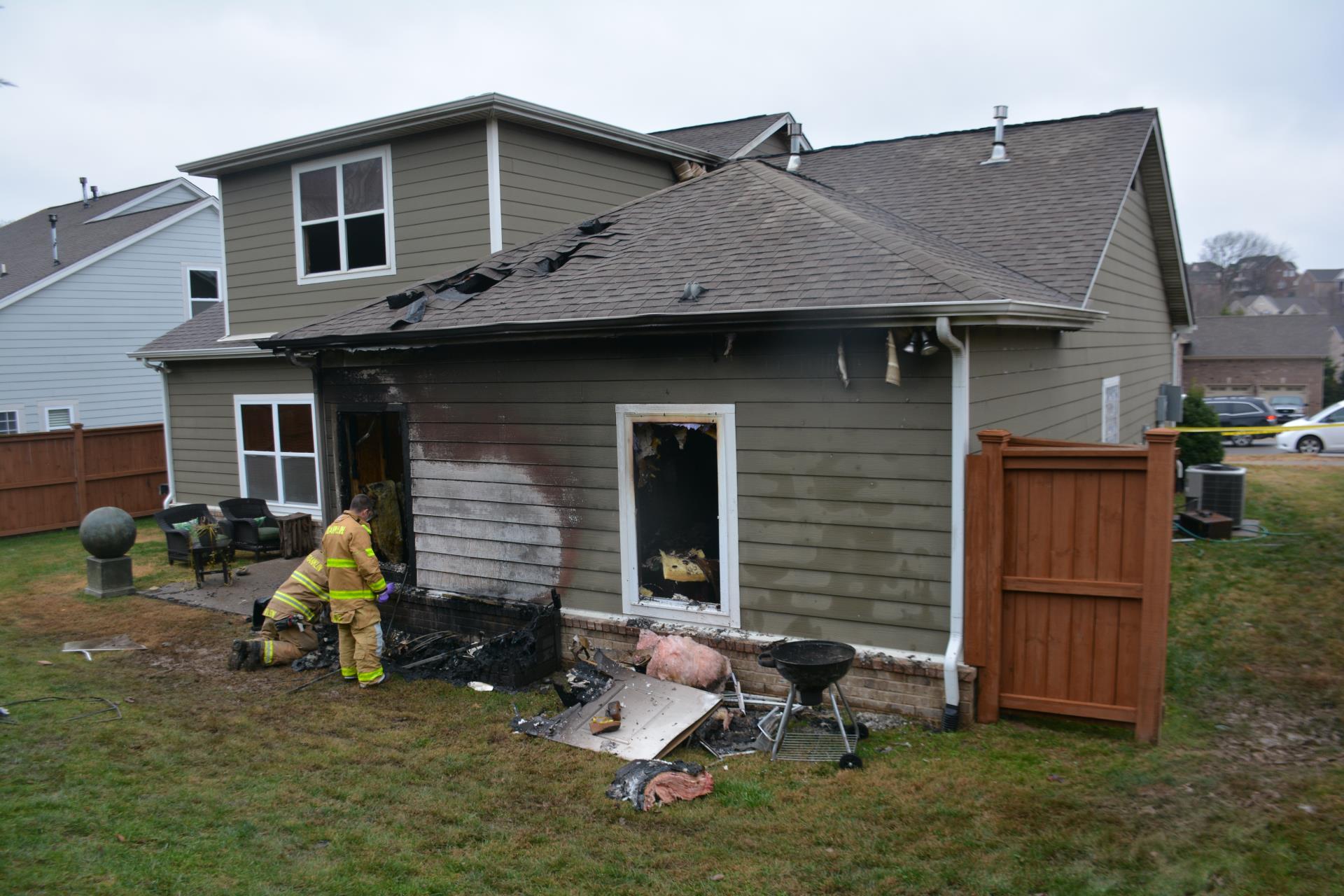 Franklin, TN – The Franklin Fire Department is investigating the cause of an early morning house fire that heavily damaged a home in the Highlands at Ladd Park subdivision.

Firefighters were dispatched to the two-story, single-family residence on Irvine Lane at 6:46 AM Tuesday, December 17, 2019.

Lt. Dan Doss said they arrived to find heavy smoke coming from the eaves.  Believing it was occupied, they forced entry to the home anticipating a rescue scenario.  Fortunately, no one was home and no injuries were sustained.

Doss said inside the structure they encountered heavy smoke and fire in the first floor master bedroom at the rear of the home, with fire extending into the second floor attic area as well.