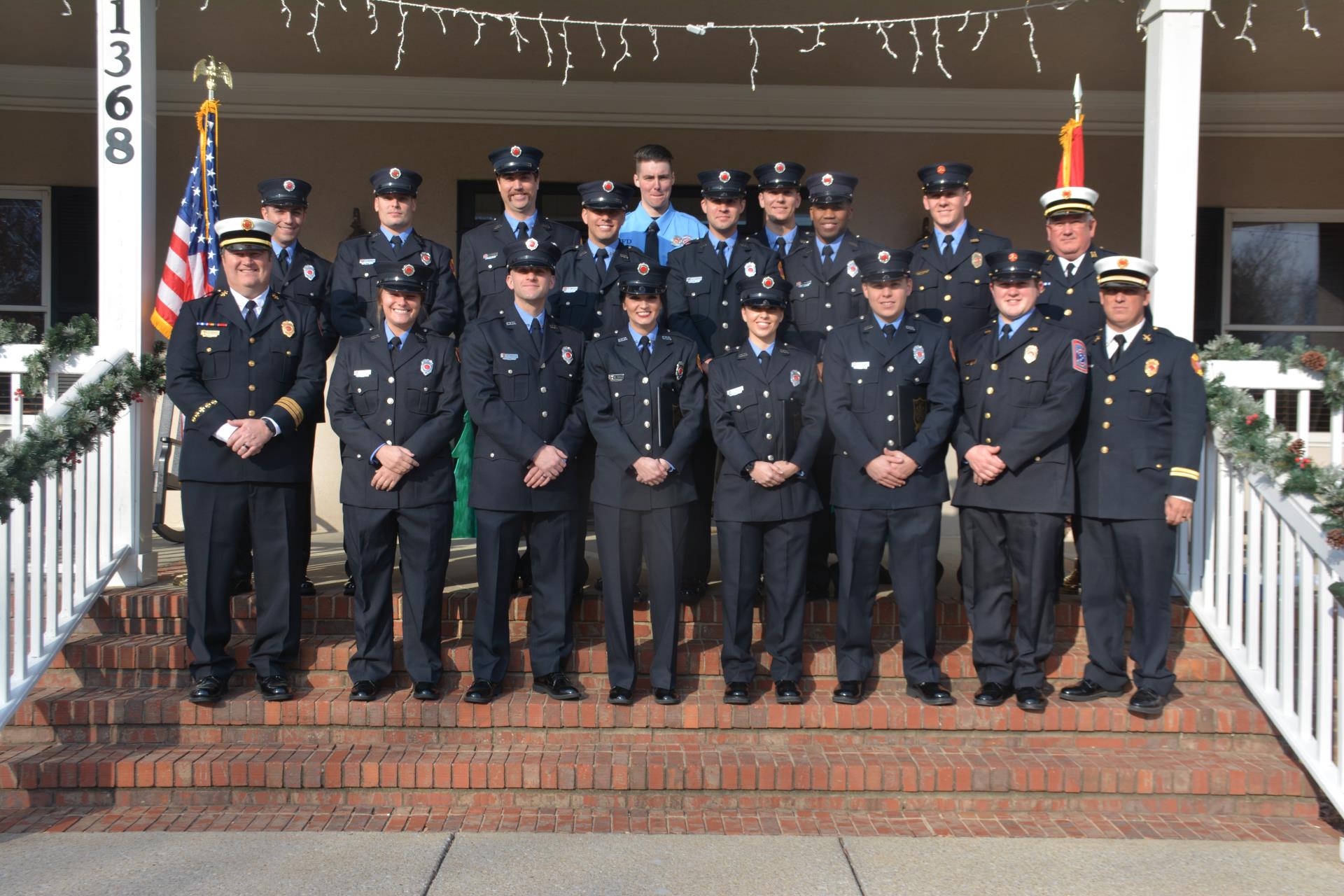 Additionally, three other newly-appointed Franklin Firefighters were also pinned at the ceremony.  Tyler Barnes, Brandi Holland, and Tyler Ramos were hired in August as veteran firefighters who obtained their firefighter certifications while employed with other departments. 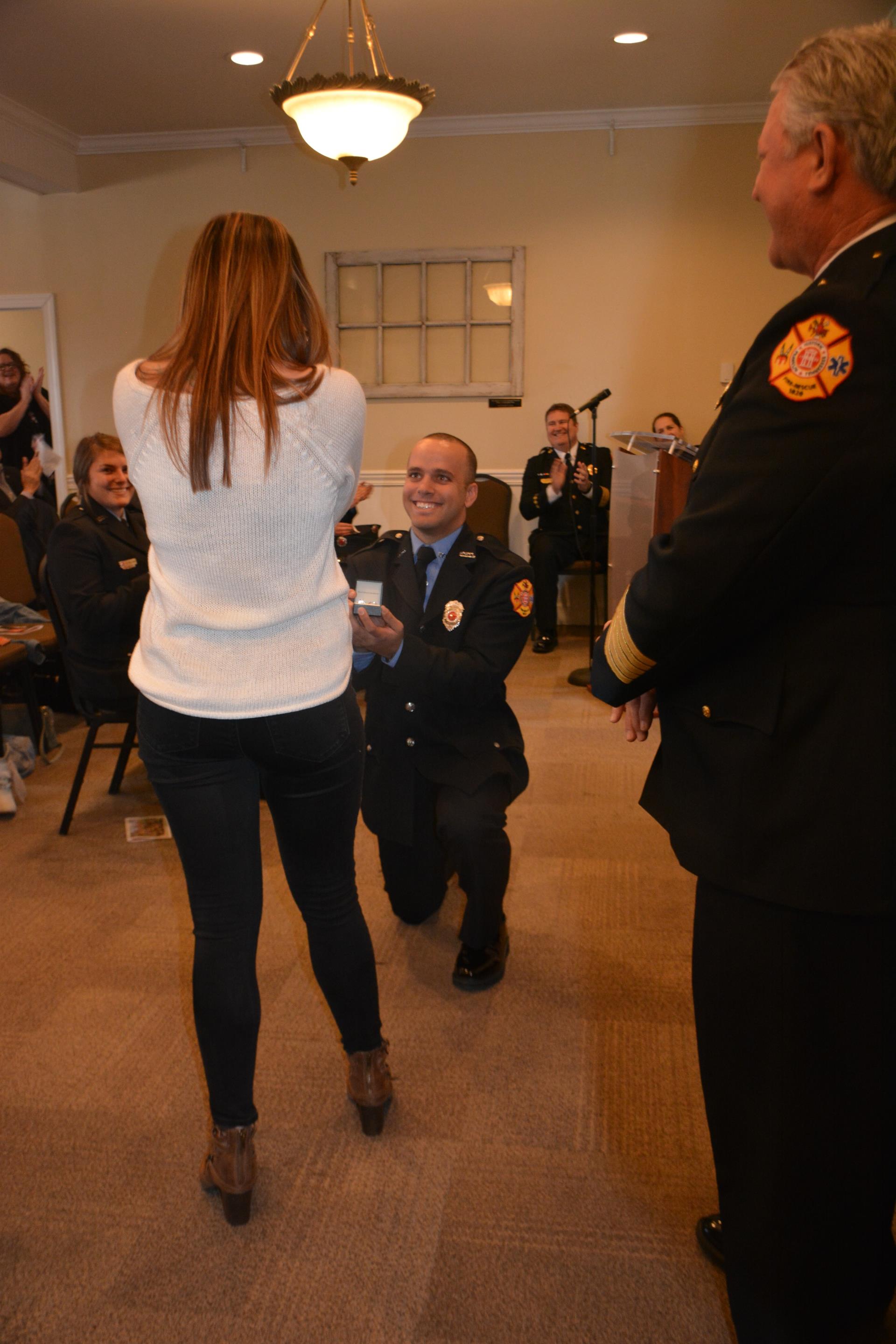 In keeping with fire service tradition, the firefighters were pinned by their loved ones. This year’s ceremony also included a surprise marriage proposal!  After receiving his badge, Franklin Firefighter Andrew Belles got on one knee and popped the question to Trichelle McCormack.  She said “Yes!”

The Franklin Fire Department’s in-house training staff includes Battalion Chief Jimmy Jennings, Captains Michael Pardue and Greg Wild, and EMS Officer Sarah Glenn.  Their efforts are supported heavily by firefighters and officers from the department who serve as instructors throughout the academy. 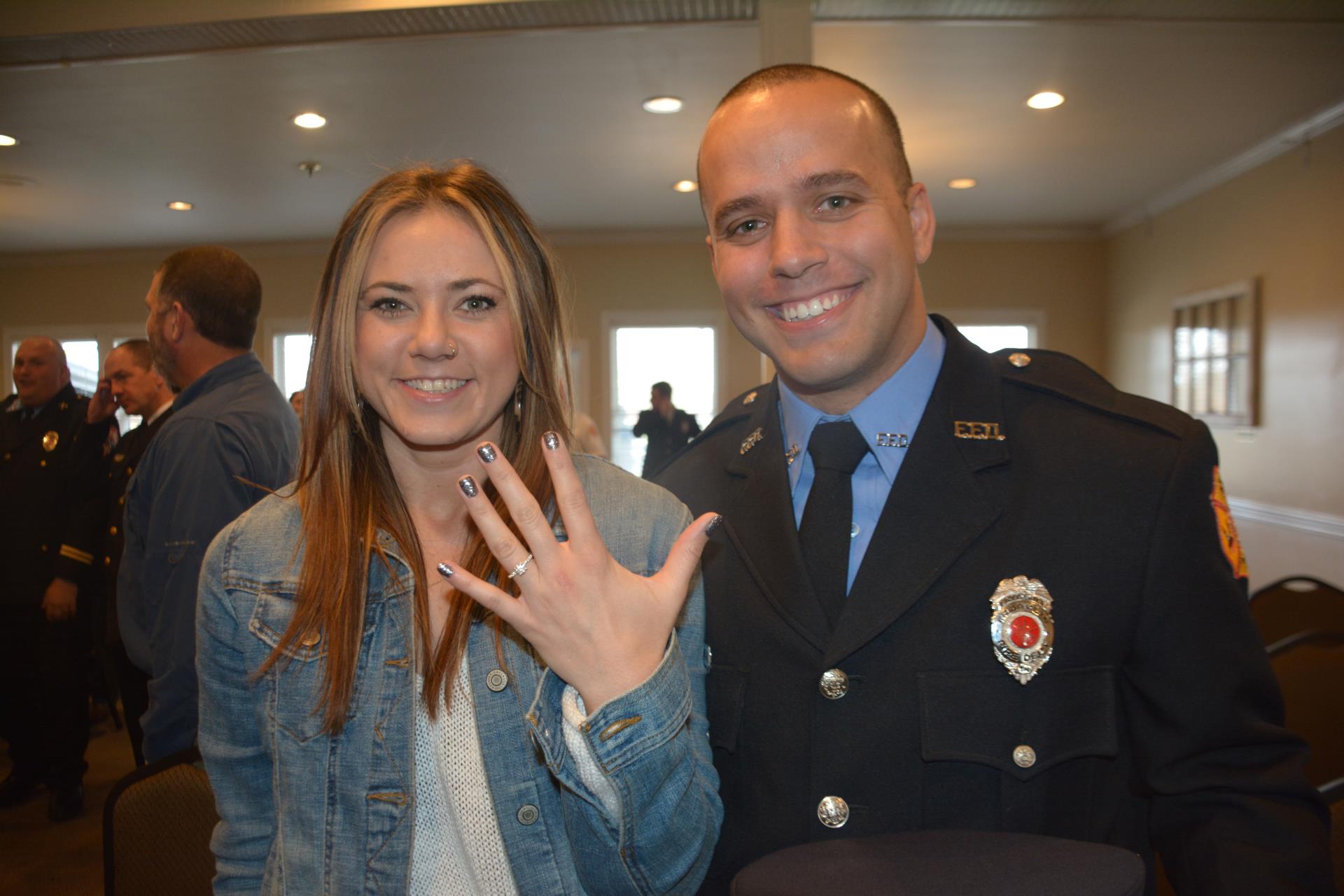