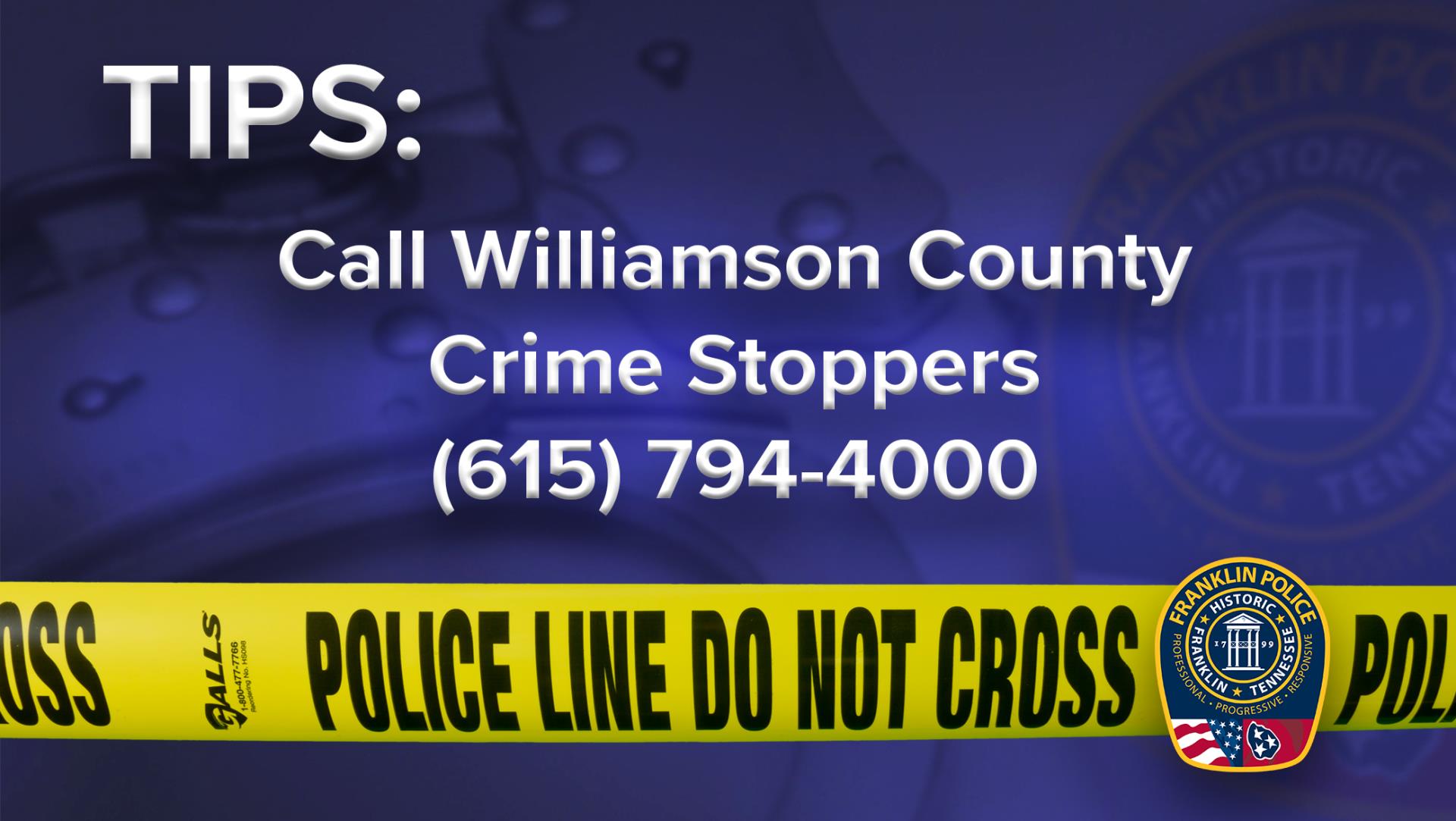 Detectives are seeking information about two, back-to-back armed robberies in Franklin neighborhoods this week. Tuesday night at about 7:30 pm, three to four Hispanic men in a dark, older model, box-style luxury car robber a man walking his dog outside 301 N. Royal Oaks Boulevard. A short time later, the suspects robbed a couple walking on nearby Stanwick Drive. The robbers displayed handguns during both incidents. No one was injured during either.

Franklin Police are asking area residents with home surveillance cameras to check their systems for possible footage of the suspects or their vehicle. There is a cash reward of up to $1,000 for anonymous information about the suspects.