Welcome to the City of Franklin's Digital Newsroom.  News from every City department is posted here.

News Media - Watch our pre-packaged video stories or download raw high definition footage, sound bites and photos.  If you have any questions please contact our Communications Manager at milissa.reierson@franklintn.gov, or our Fire Department PIO at jamie.melton@franklintn.gov or Police Department at cwarner@franklintn.gov. 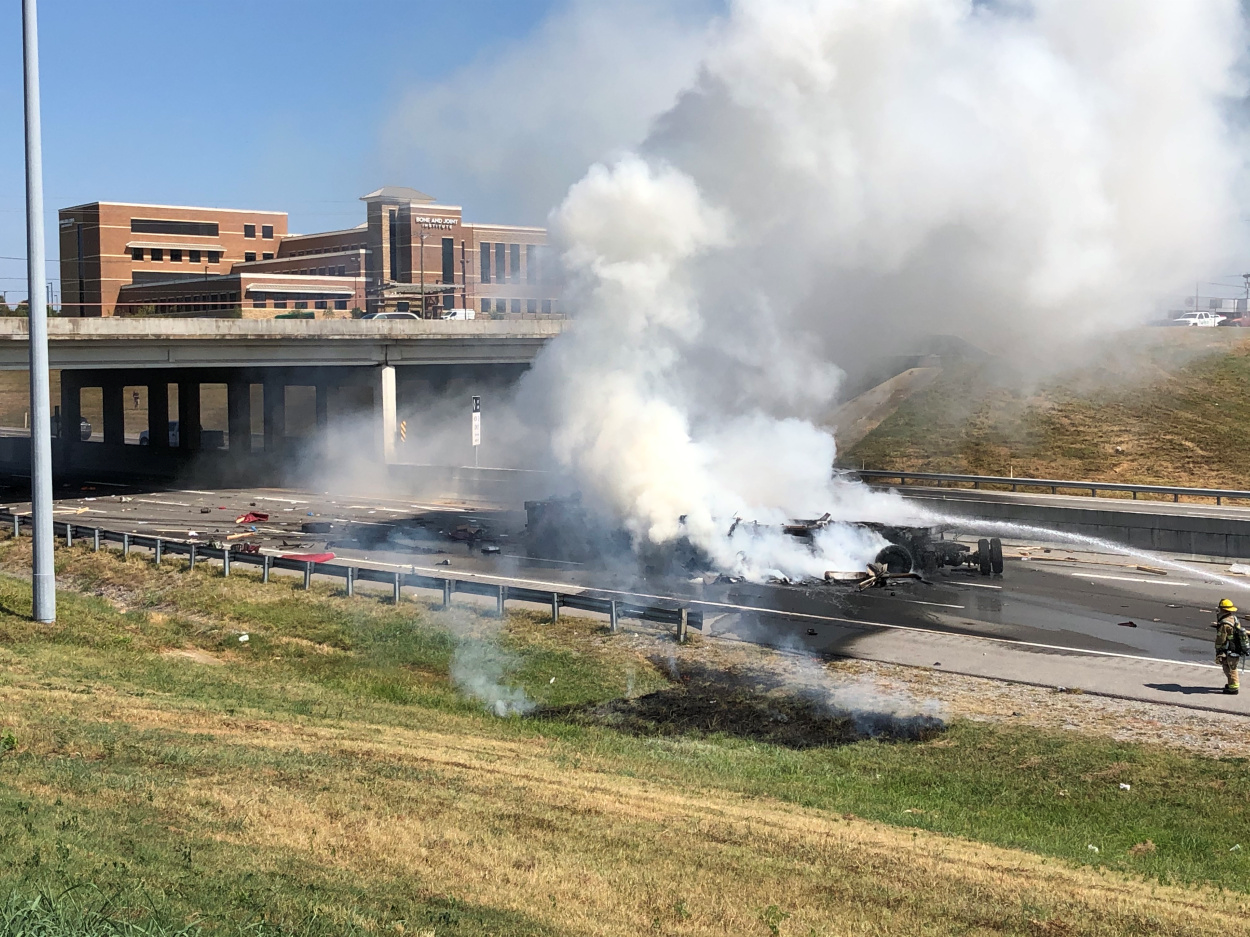 At 12:20 this afternoon emergency personnel responded to I-65 S at Murfreesboro Road after reports came in of a semi that had crashed and caught fire. Officers determined that the southbound semi, which was pulling a lightly-loaded flatbed, hit a roadside overpass support column before losing control and bursting into flames. The driver was able to escape, but was seriously burned. He was airlifted to the Vanderbilt University Medical Center where he is receiving treatment. A second vehicle was struck by the truck’s trailer during the crash but no one else was seriously injured.

As a precaution, the Murfreesboro Rd (96E) overpass was temporarily closed until a TDOT Bridge Inspector confirmed the bridge was safe for vehicles.

Current situation:
I-65 S traffic is being forced off at Murfreesboro Road, re-entering the Interstate via the Murfreesboro Rd/I-65 southbound entrance ramp. Cleanup is underway, but it has yet to be determined when the Interstate will re-open. Motorists are strongly advised to seek an I-65 alternate. Area alternates are also growing increasingly congested.