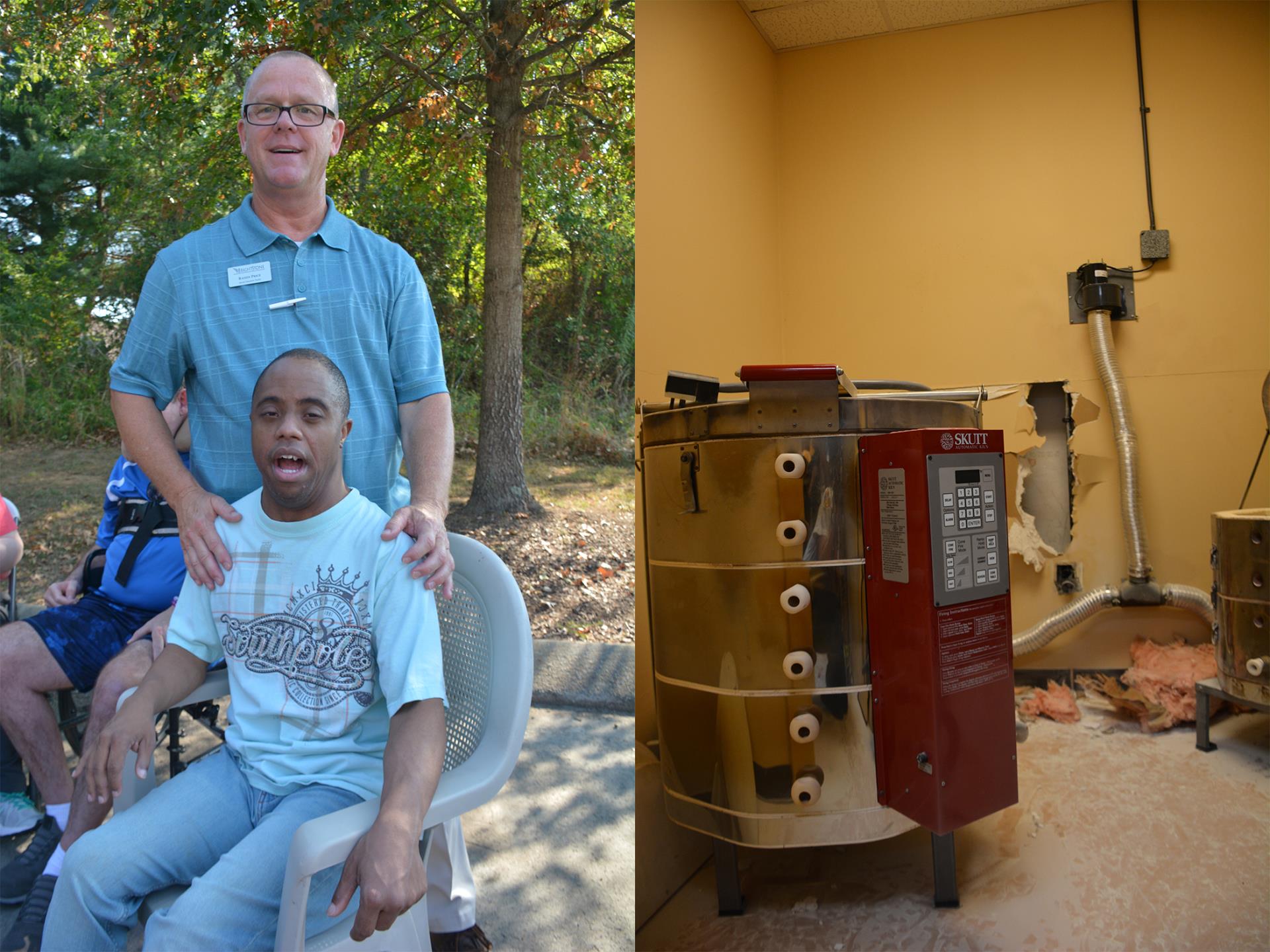 Franklin, TN – An alert employee quickly extinguished a building fire at an educational facility for adults with developmental and intellectual disabilities this morning.

The Franklin Fire Department was notified of the fire at Brightstone, 140 Southeast Parkway Court, at 9:11 AM today, September 16, 2019.

According to Franklin Fire Battalion Chief Joe Polenzani, the fire started in the ceramics room in an outlet that powered an electric kiln.  Upon observing smoke, Randy Price, a special education teacher, investigated and discovered the fire.  He immediately directed other employees to call 911 and evacuate occupants.  Price then proceeded to turn off the power and use an extinguisher on the fire.  Polenzani said the fire was out when firefighters arrived.  It was contained to the room of origin and caused an estimated $3,000 in damage.  All 37 students and 15 employees were accounted for at their Outside Meeting Place. Polenzani said the flames were not extensive enough to activate the automatic fire sprinkler system or fire alarm system, thanks to Price's quick actions.  "By cutting the breaker and using the extinguisher, Mr. Price prevented the spread of fire and helped keep all of the occupants safe," said Polenzani.

Price said, "We drill for this every month.  Today it wasn't a drill."  Price said the students remained calm and silent and evacuated the building in less than one minute.  Polenzani praised Brightstone's commitment to having a safety plan and routinely practicing it, saying, "It absolutely made a difference today!"

Students and staff were able to return to the building around 30 minutes later and resume activities.

Middle: Brightstone students and staff at their Outside Meeting Place.