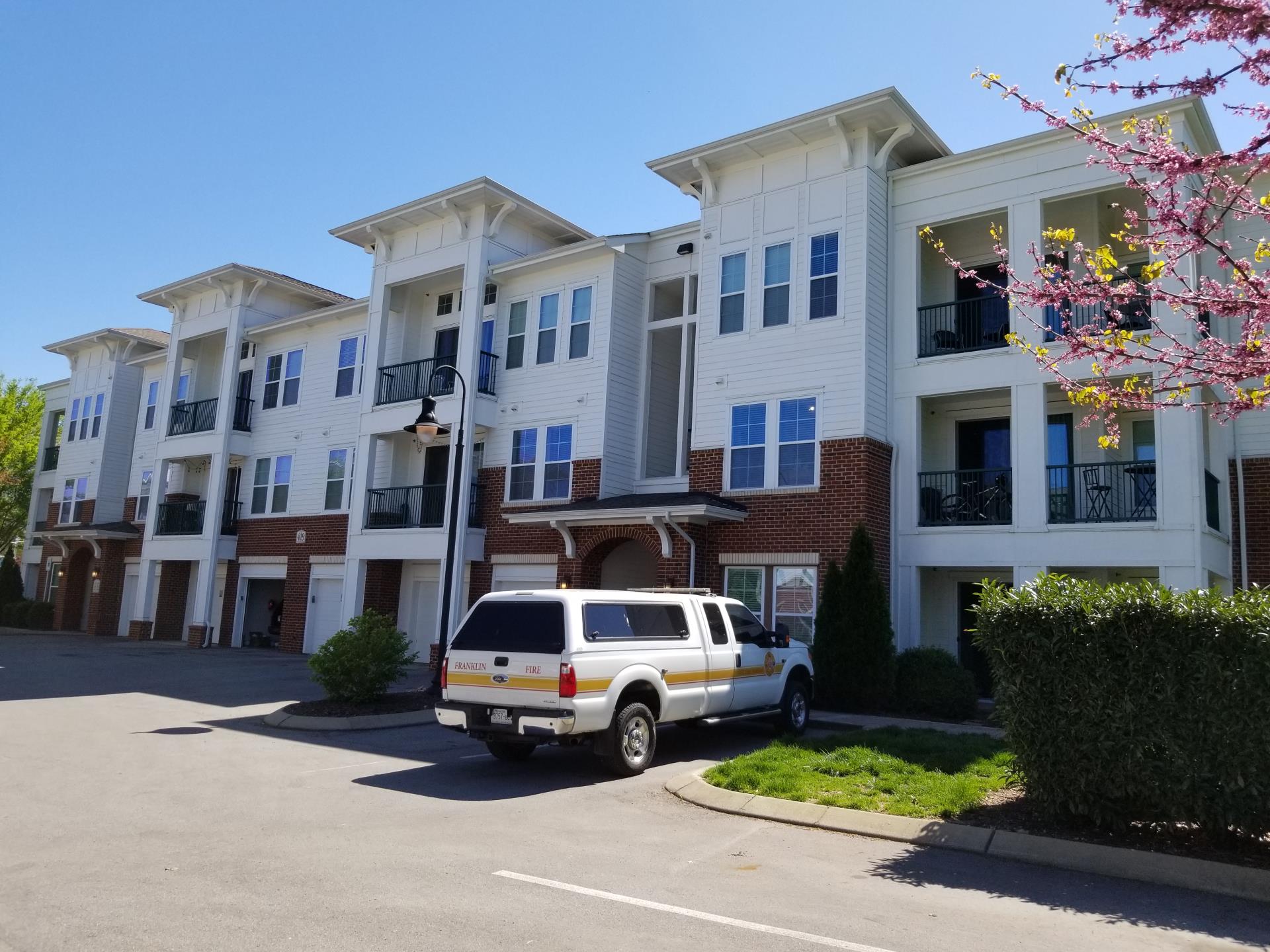 Franklin, TN – An apartment fire this afternoon (3/15/2019) at Everly Apartments, 419 Liberty Pike, was contained to the kitchen of a second-floor apartment, according to Assistant Fire Marshal Jonathan Dye.

Firefighters arrived to find a small fire on the range top and quickly extinguished it.  The fire was smoky but not hot enough to activate the automatic fire sprinklers.

No one was injured, and no other apartments were damaged in the three-story, 24-unit building.  The resident was not home at the time of the fire.