On February 16, 2015, Kristi Clark and her 10-year-old son, Carter Oakley, were hit by a semi and killed after they got out of their car to help five people in an overturned SUV on an ice-covered I-65 in Franklin. Nearly four years later, Kristi’s parents, Brad and Bonnie Lewis, stay very much in touch with members of the Franklin Police Department. A bond brought about by tragedy will bring help to needy families this Christmas, in memory of two good Samaritans who died helping others in need. 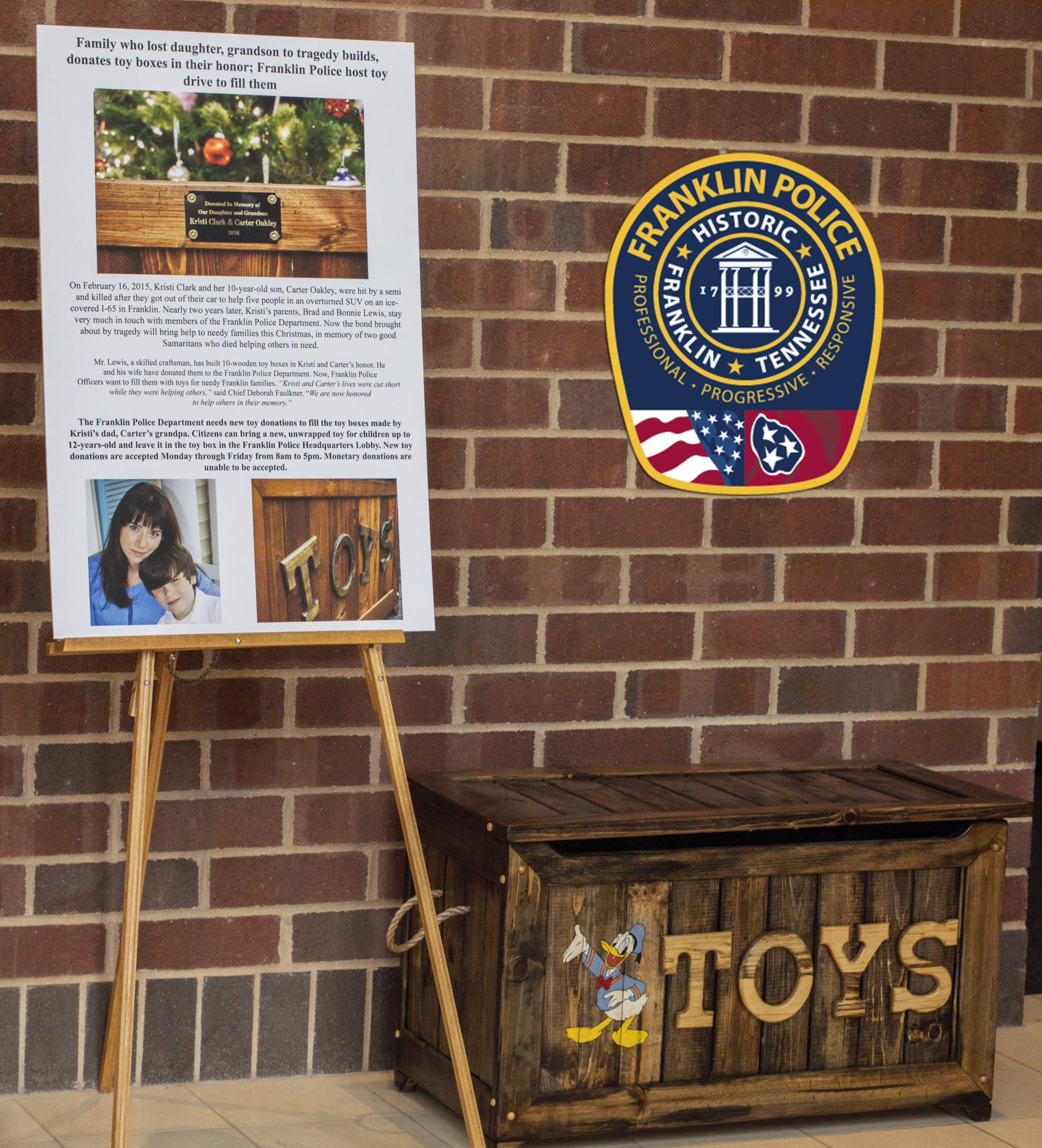 Mr. Lewis, a skilled craftsman, has built 10-wooden toy boxes in Kristi and Carter’s honor. He and his wife have donated them to the Franklin Police Department. Now, Franklin Police Officers want to fill them with toys for needy Franklin families. “Kristi and Carter’s lives were cut short while they were helping others,” said Chief Deborah Faulkner. “It is our honor to help others in their memory.”

Citizens can bring a new, unwrapped toy for children up to 16-years-old
and leave it in the toy box in the Franklin Police Headquarters Lobby.