Police turn to world-renowned criminologists to help catch her killer 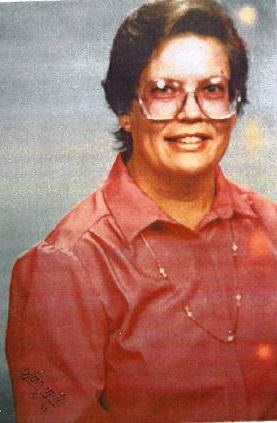 Franklin, TN – On February 1, 1991, Peggy Cox was murdered – shot and killed at the Hardee’s drive-thru window where she was working on her 49th birthday. Who killed her remains a mystery to this day. In fact, Peggy’s murder is the only unsolved homicide in Franklin Police history – but detectives are hopeful that will soon change.

Last Thursday, the facts surrounding Peggy Cox’s murder were presented to an exclusive crime-solving organization that meets monthly at the Union League of Philadelphia, Pennsylvania. The world-renowned Vidocq Society, comprised of forensic professionals and motivated private citizens who, as a public service, donate deductive, scientific and other talents for the common good to help evaluate, investigate, refocus, revivify and solve unsolved murders. Its 82 members represent more than 70 specialties and are from 17 United States, and 11 other countries.

At their 11/21/2013 meeting, Vidocq Society members dissected this 1991 Franklin murder, with an eye 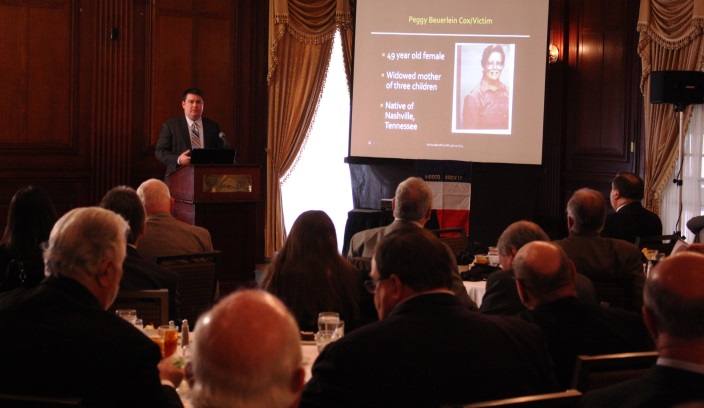 towards rekindling and refocusing the Peggy Cox cold-case homicide. Bill Fleisher, the Society’s Commissioner and one of its founders said, “In our role as crime solution catalysts, we are equally as satisfied when our participation in a re-investigation moves a case forward incrementally as we are when law enforcement wins the conviction of the person or persons responsible for the crime.”

Detective Darren Barnes, who presented the case last week in Philadelphia, said “The forensic talent represented in that room was amazing. I’m confident that their keen insight in this 23-year-old murder will help to put us one step closer to catching Peggy Cox’s killer – something that her family and this community deserve. We won’t stop until that happens.”